In October of 1961, the Central Regional Office was established in Van Wert, Ohio, to service agents throughout the Midwest. In the same year, All America Insurance Company was incorporated and the Central Regional Office sold the first All America policy to golfer Jack Nicklaus. The region's oldest agency is the Purmort Brothers Agency in Van Wert, Ohio, appointed in 1876.

Though located in the same building as the Home Office in Van Wert, Ohio, the Central Regional Office is an autonomous operation serving the states of Illinois, Indiana, Kentucky, Ohio, Michigan, and Wisconsin.  The office is staffed by 70 employees, led by Regional Vice President RJ Coleman.  The Central Region is comprised of approximately 123 agents who write around $145 million in premiums, 34 percent commercial insurance and 66 percent personal insurance.  The average written premium per agency is $1.2 million.

Our Central Ohio Technology Office moved into its Columbus office building in 2015. Starting out as a satellite office with information technology employees only, COTO now employs nearly 30 personnel in almost every Central department. Like our Home Office employees, COTO serves to support each and every Central regional office.

The Northeast Regional Office was formed in 1975 by consolidating the branch offices in Manhattan, New York and Waltham, Massachusetts.

The Northeast Region is comprised of Connecticut, Massachusetts, New Hampshire, and New York. The office is staffed by 37 employees led by Regional Vice President Matt Zollner. There are 62 agencies in the region that write over $104 million in premiums balanced between commercial and personal policies. The average written premium per agency is $1.7 million.

Central's largest regional office, the Southeast Regional Office, was established in 1937 as a Service Office. The Atlanta branch office opened in 1957 and is currently managed by Regional Vice President David Lee. The region's oldest agency was appointed in 1929. 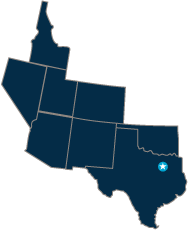 The Southwest Regional Office was established in Dallas, Texas in 1952. The region's oldest agent was appointed in February 1956.

In the Southwest Regional Office, 75 employees service approximately over 90 agencies in the states of Arizona, Colorado, Idaho, Nevada, New Mexico, Oklahoma, Texas, and Utah. Under the guidance of Regional Vice President Tim Rauch, the region writes over $219 million in premiums, personal and commercial combined; averaging $2.6 million per agency. The Southwest Region boasts the largest state in the company with Texas making up to 21 percent of the total company premium and the largest agency in the company with production of $43 million with Central. 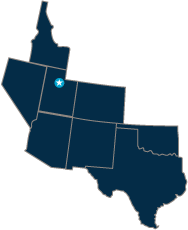 The Salt Lake City Services Office was established in December of 2020. This office will allow Central to provide the same hospitality-focused service for the western region of the country as agents and policyholders have come to expect from our other regions. The office currently has five employees and offers bilingual service options.